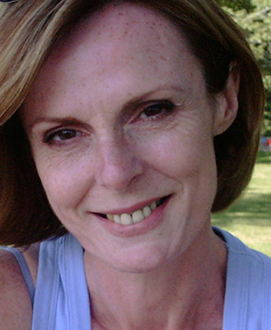 Paint describes the way I see but I don't know everything about what I see. I don't see entropy, multiple dimensions or the invisible world that our intelligence cannot quite formulate. We know very little about the mind. That inspires me to have full consciousness of the world that I live in. The more I paint, the clearer it is to me. Like the rest of nature I am part of all of this. I produce something and as I am in the process it is recursive.

Recursiveness is very low on an evolutionary scale of systems, simply a series of discrete steps running any procedure over and over again. The only innovation that we find in nature is the vector of time. Time is mirrored through art. Our curiosity and desire for knowledge becomes the culture of a moment. The making of my paintings is reflective of the way the world is now from my perception. What I see in art is that it reveals to us something about ourselves that would otherwise remain unknown.

Lynn Millette has worked in both traditional and electronic media. She has a comprehensive background in disciplines related to culture including the new technologies, philosophy, psychology, literature, and the humanities as well as practical experience in research and critical/analytical writing.

Lynn Millette has a BFA (Concordia), an MA ès arts from UQAM and a PhD from Concordia University. Her work is indexed at the Centre for Contemporary Canadian Art and can be found in several private and public collections in Canada and the United States.